“Spellbeamed uses the acts of translation and transcription to amplify the questions: ”what is a score?” and “what kind of musicalities can be transmitted through extended ideas of scoring?” The inspiration for the piece was the archival collection of the great literary and cultural critic Walter Benjamin. The Benjamin Archive is a collection of texts, lists, commentaries, scraps, markings, dreamy musings, constellations, word fragments, toys, postcards and books. The conceit of the piece is that anything can be read as a musical score: an object, a fragment of text, a picture, a film clip, or for instance, a Frankensteining of objects. Spellbeamed uses all of these possibilites to create a platform in which musicians can generate musical gestures, phrases, clusters, rhythms, pitch relationships, sounds, from readings of this visual information. The piece is orchestrated for voice, 2 harps, piano, trombone, glass objects, electronics including live electronic processing, vibes and string quartet. In the process of making this work, we followed a labyrinthian path of tasks including, the musicians collecting objects and the (600+) objects being photographed, catalogued, and animated in a variety of ways with Jitter patches. In another configuration, filmmaker Cynthia Madansky made an eight minute hand-drawn 16mm film inspired by the scratchings and doodlings of WB. Copying, tracing and riffing on the Walter Benjamin’s markings, Cynthia’s film was edited into a series of stills, loops and short visual bursts that became 11 Film Scenes, yet another set of animated scores.” — Zeena Parkins 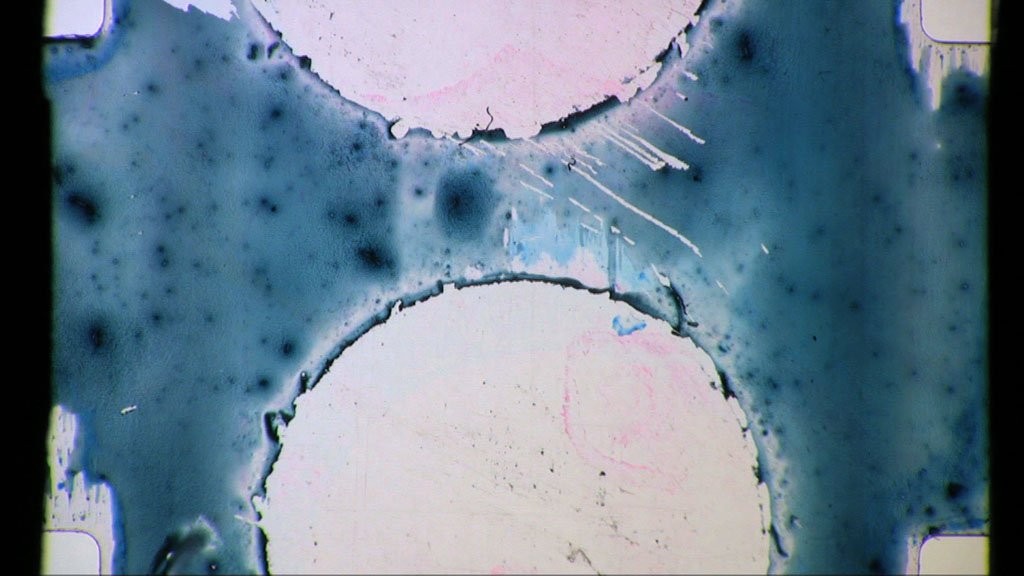 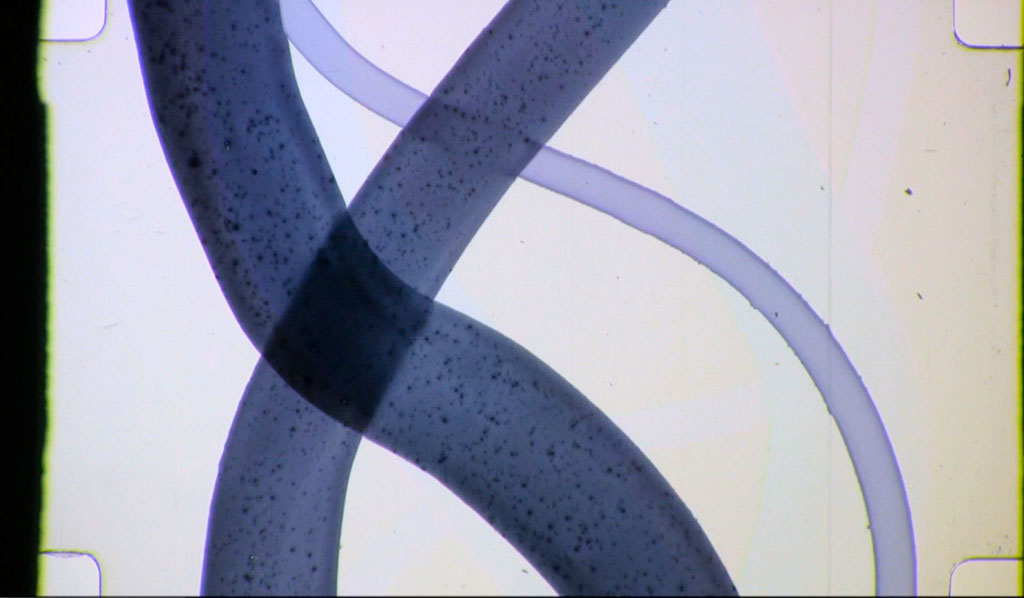 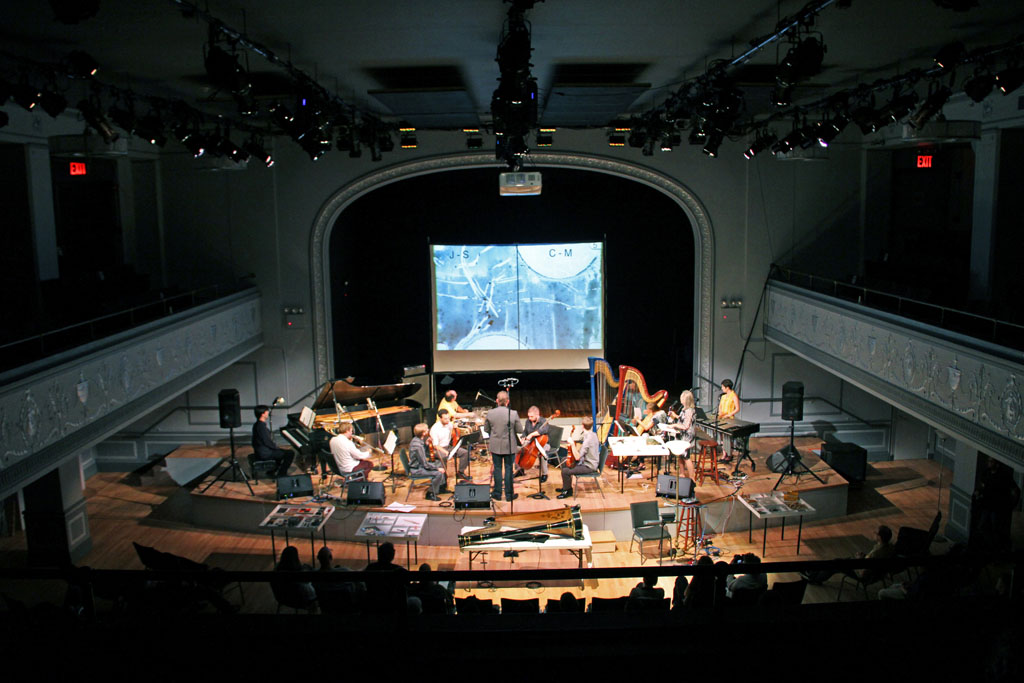 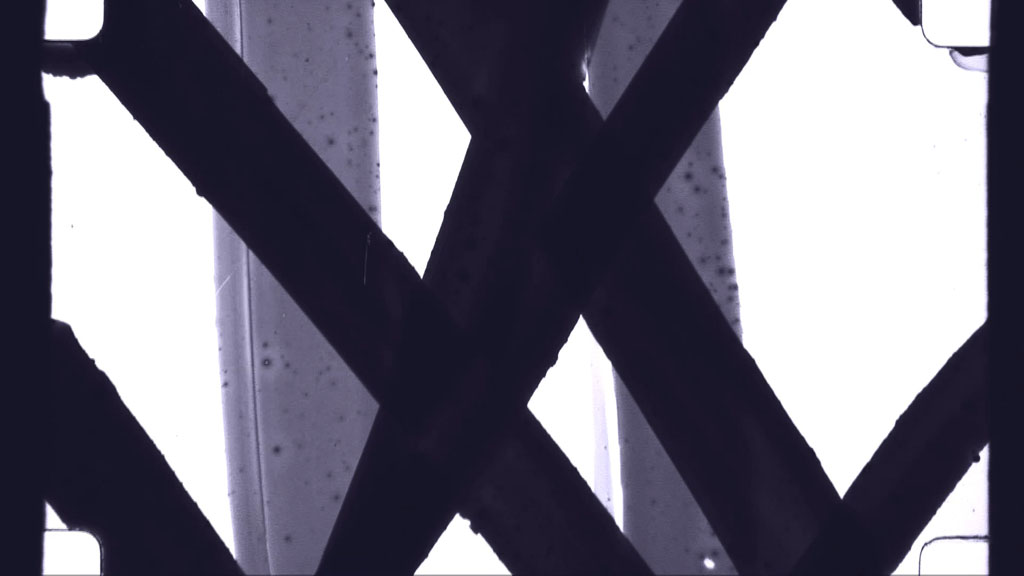 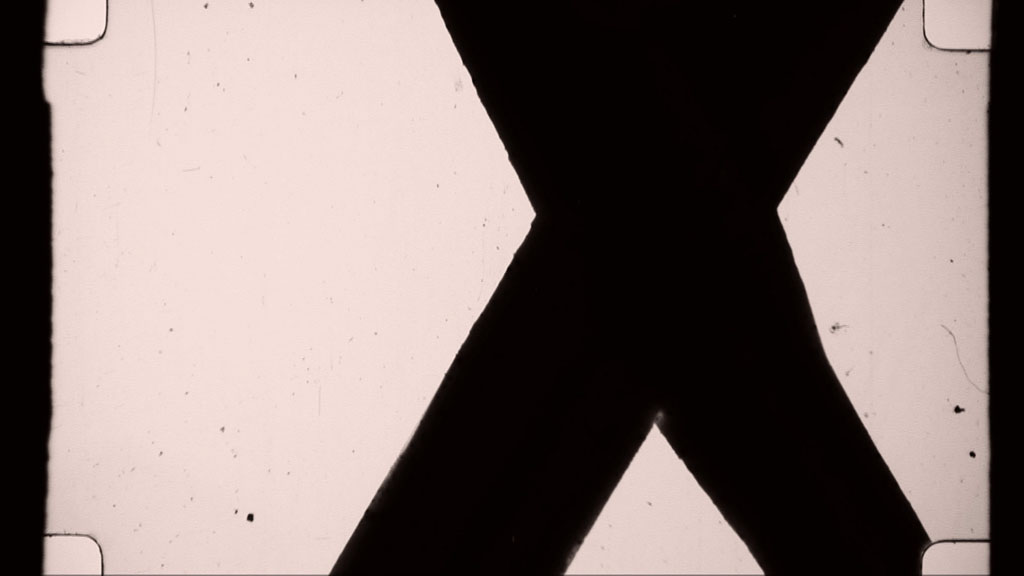